FEENEYS FUN IN THE SUN 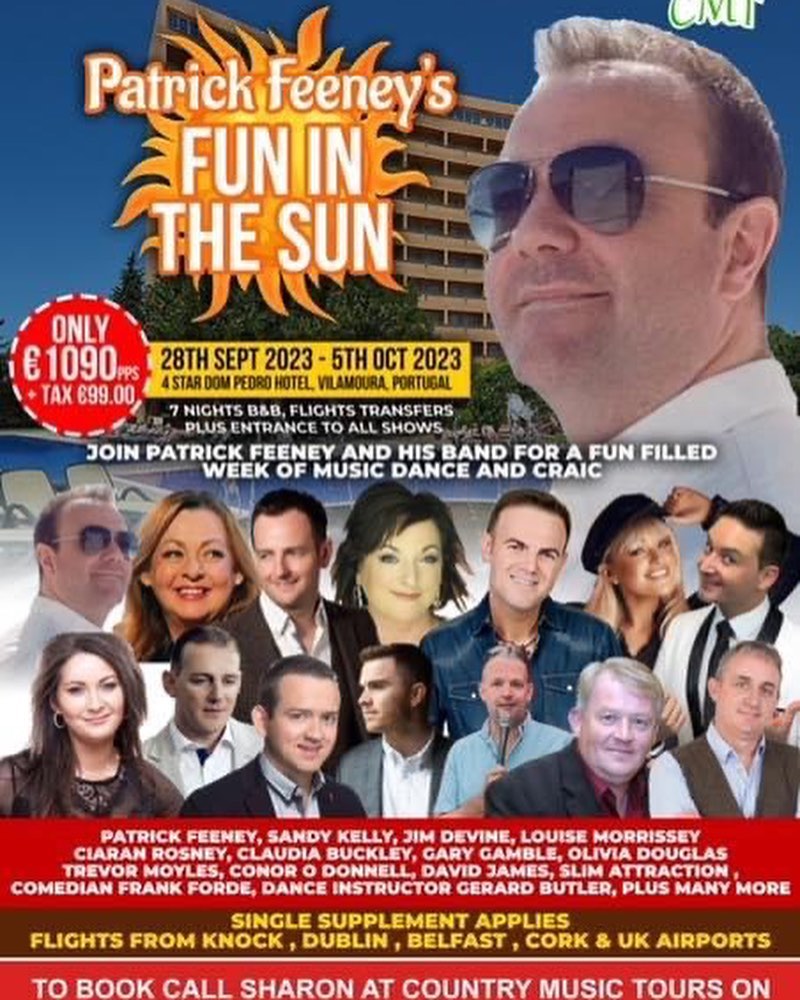 Patrick Feeney’s Fun in the Sun 2023
28th September to 05th October
7 nights in the Dom Pedro Hotel, Vilamoura in the beautiful Algarve..
Price is €1,090 + €99 tax per person sharing. Single supplement applies.
Price includes flights from your preferred airport, 7 nights accommodation on a bed & breakfast, 20kg checked in case, return airport transfers and admission to all entertainment for the trip.
Joining Patrick will be Sandy Kelly, Louise Morrissey, Jim Devine, Gary Gamble, Ciaran Rosney, Claudia Buckley, Olivia Douglas, Conor O’Donnell, Trevor Moyles, David James, Slim Attraction, Comedian Frank Forde, Dance Instructor Gerard Butler plus many more…
For further details and to book you can contact us on (+353) 074 – 9119955 or (+353) 087 – 3410550 or email info@countrymusictours.ie
Don’t miss out on the ‘Fun in the Sun’ 2023 trip

Patrick Feeney was born to sing!

Patrick Feeney was born to sing and from the age of four he wanted to be on
stage with his father who played in a local band.

His phenomenal success, especially over the past few years, is summed up in three words from the title
of Patrick’s first album, back in 2003 – that title says it’s all… Thanks to You.

Its 15 years since the then teenager released that debut album, and while he has recorded countless songs since,
he still lives by the motto that it’s thanks to you, the fans, that he is such a success today.